Confidently plan a course of treatment based on clinically validated results. 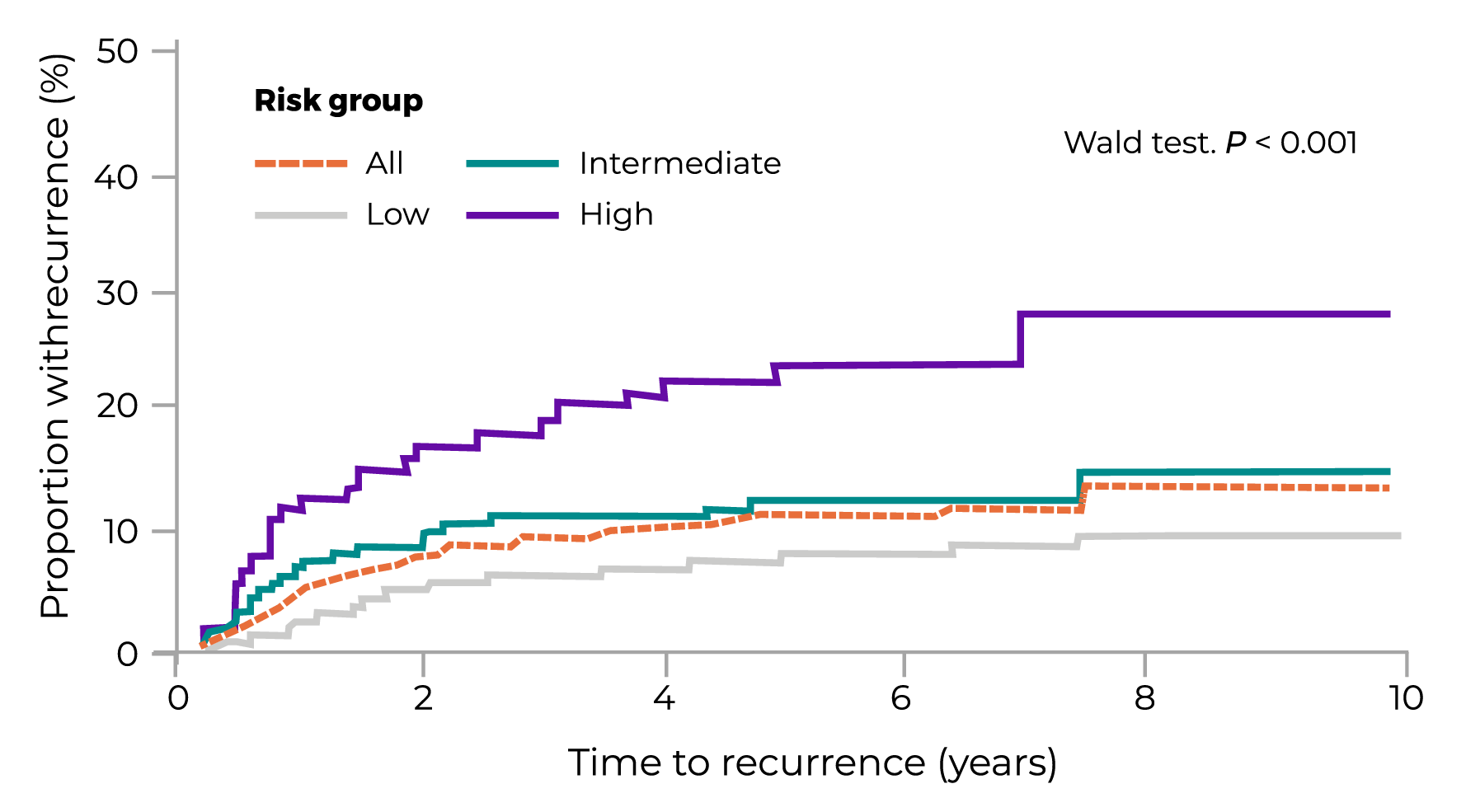 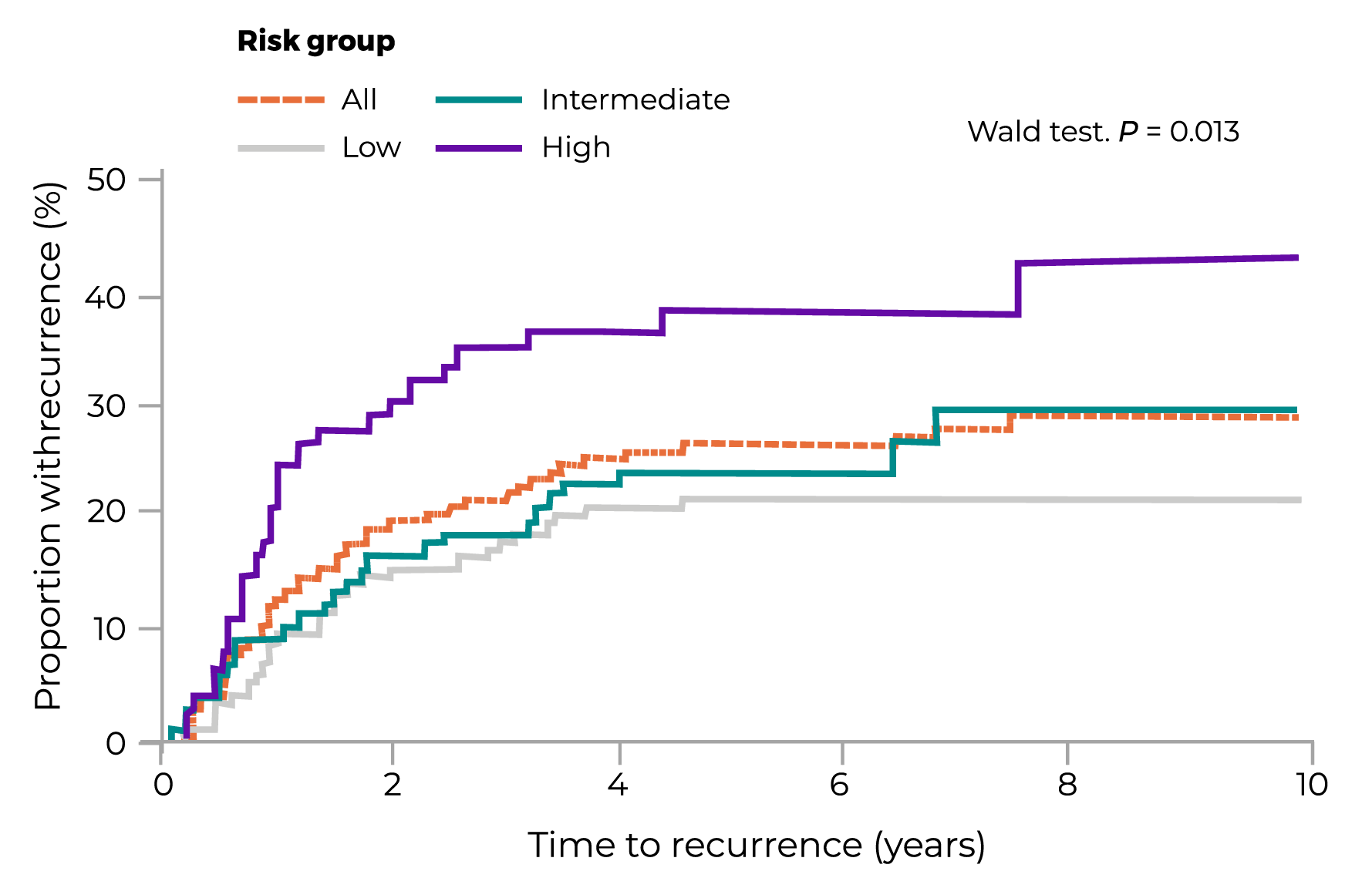 Consistent with QUASAR, in the CALGB 9581 study, the Recurrence Score® result was shown to be prognostic for recurrence risk, supporting the results of the first validation study. This study featured 690 stage II colon cancer patients perceived to be low risk (based on the clinical and pathologic characteristics), with an average 5-year risk of recurrence of 13%.5 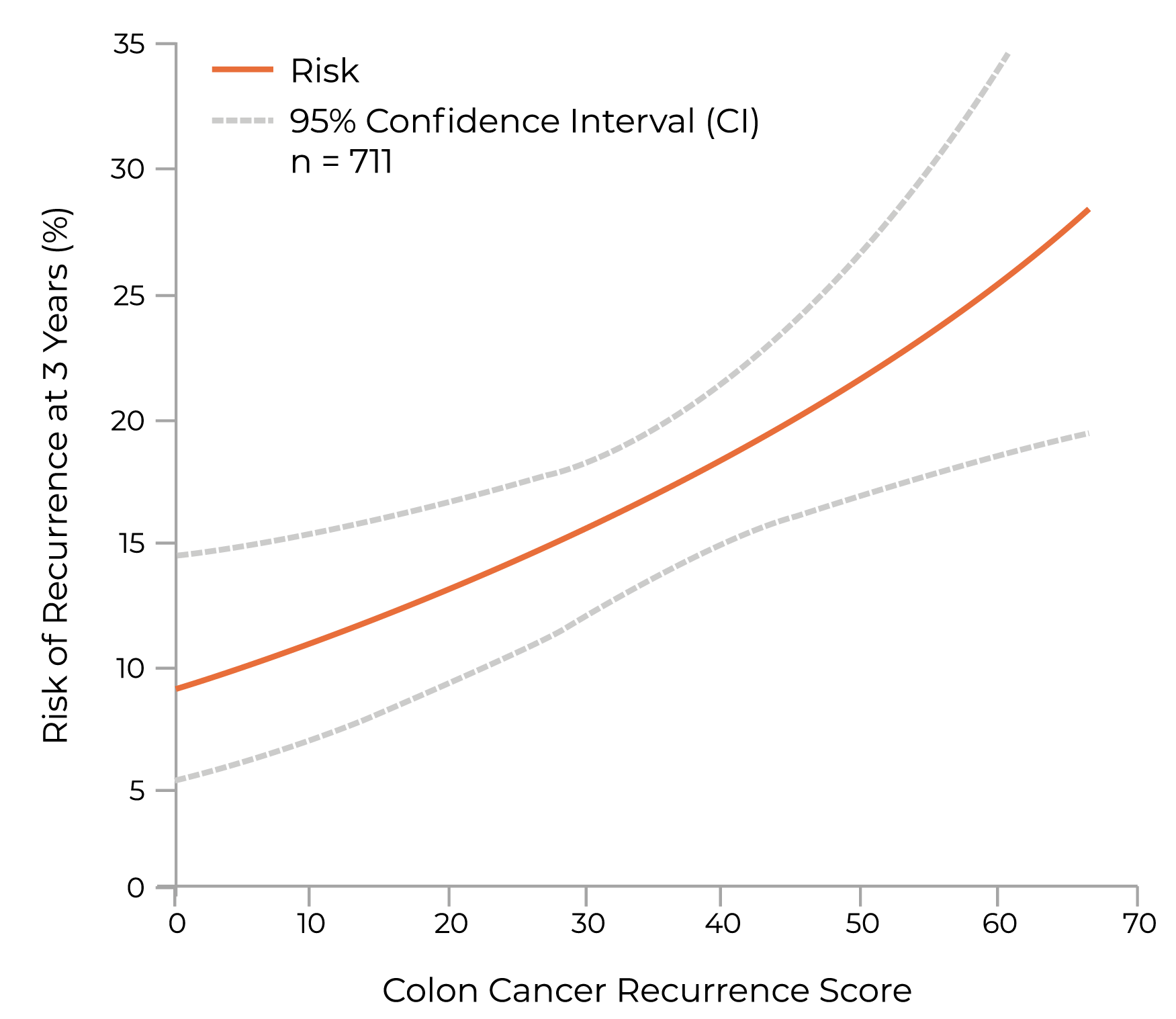 Learn how to read the test results