This test has been validated in a large clinical cohort from multiple studies and is the only clinically validated assay proven to detect resistance to AR-targeted therapies (such as abiraterone, enzalutamide, and apalutamide) in mCRPC patients.1-3 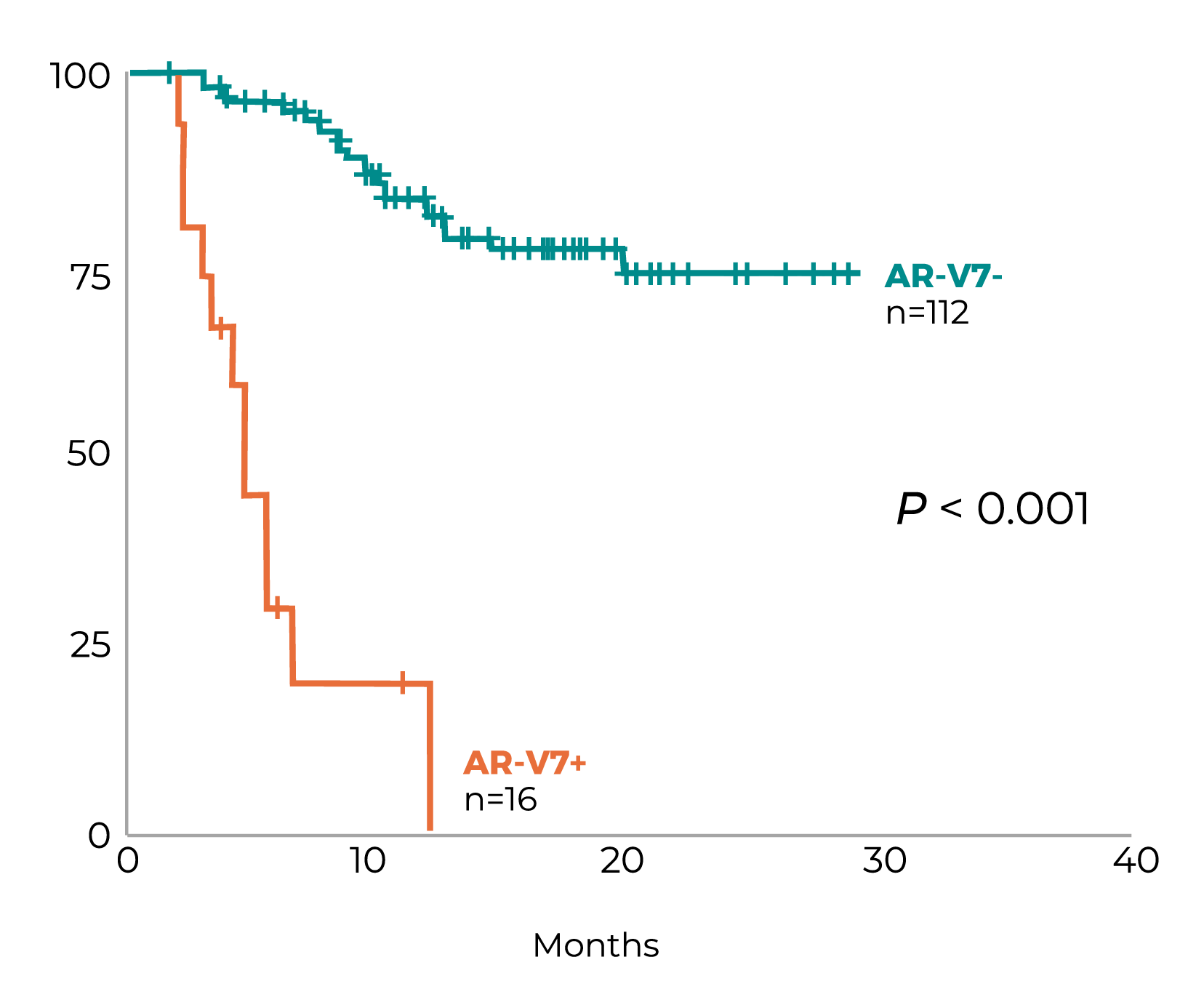 * The presence of AR-V7 protein in the nucleus signals resistance to continued AR-targeted therapies and is associated with rapid disease progression and shorter cancer-specific survival. This suggests that patients with detectable blood levels of AR-V7 should consider life-prolonging chemotherapy as an alternative to potentially less effective and more expensive hormonal treatment with AR-targeted therapies.

A second study, published in 2018 in JAMA Oncology, found that nuclear AR-V7 status in CTCs and treatment type were associated with overall survival in mCRPC patients.‡ 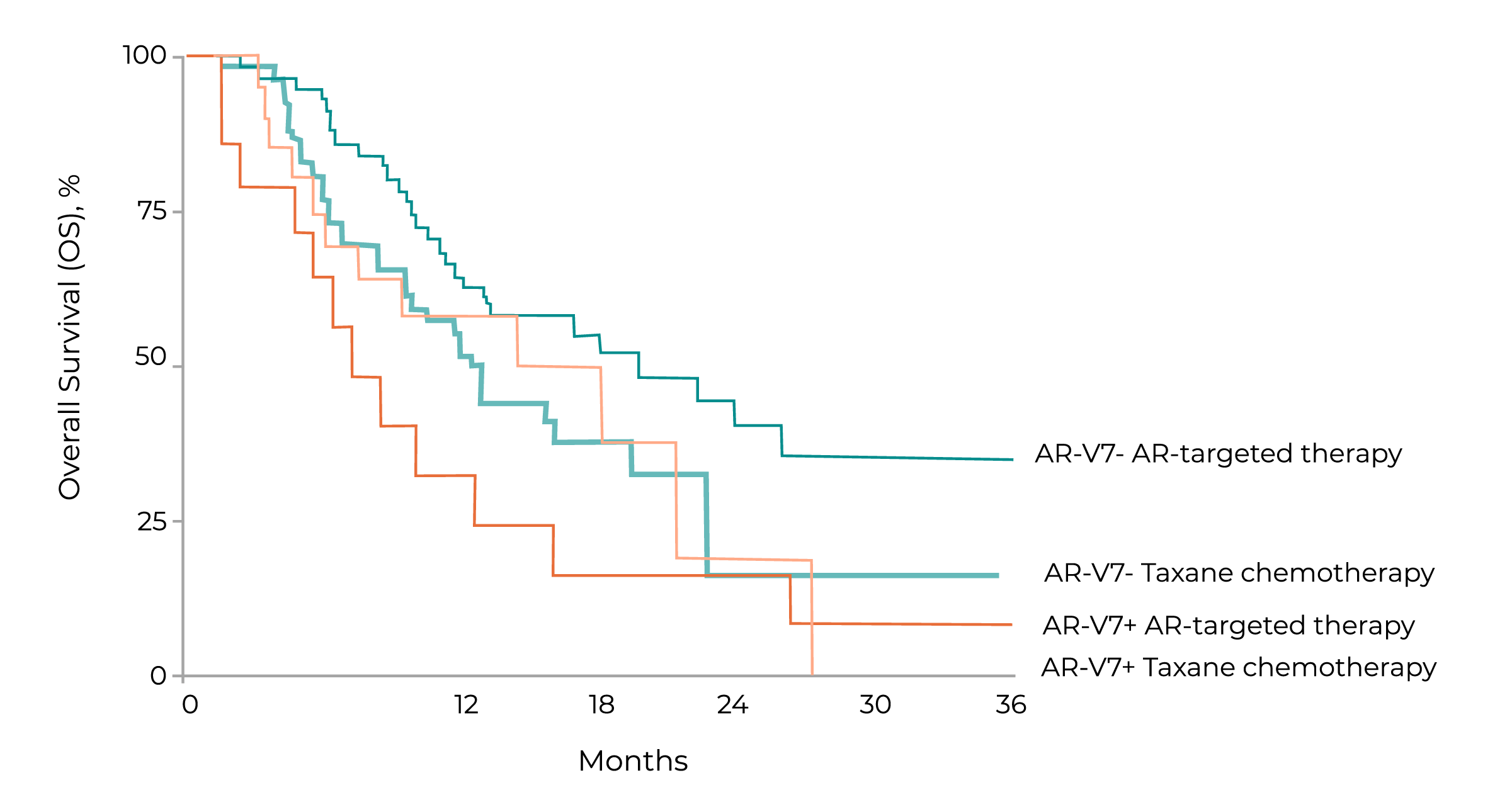 A 2016 study published in European Urology analyzed outcomes for patients with mCRPC on AR-targeted therapies and standard chemotherapy. The investigators found that patients who had nuclear AR-V7+ CTCs were likely to survive longer on taxane-based chemotherapy, whereas location-agnostic AR-V7 expression (AR-V7 present in either nucleus, cytoplasm, or both) was less prognostic and not predictive of treatment response.